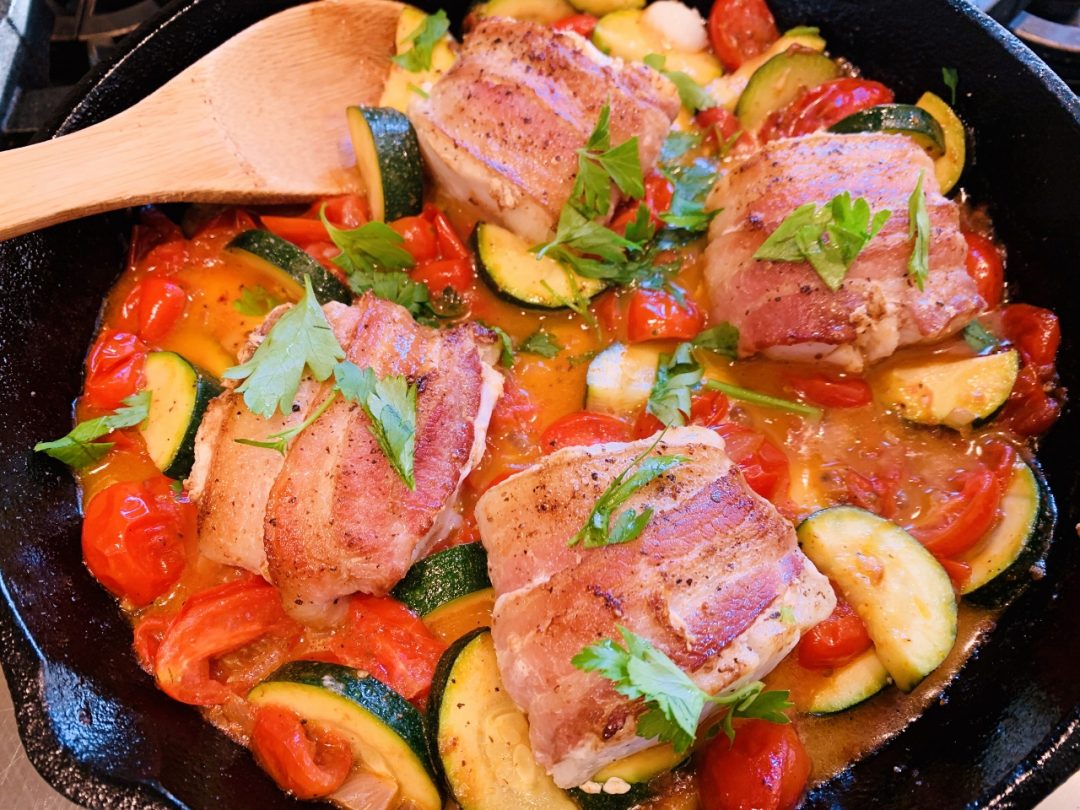 Cooking restaurant quality fish is pretty easy to do, if you follow a couple of rules.  Always use a good seasoned skillet, and let the fish release naturally on its own before flipping.  Those are two pretty simple things to ensure a flavorful fish experience, but wrapping the filets in bacon can add a whole new level of deliciousness.

Bacon makes almost anything taste better, in my opinion and sliced bacon crisps up beautifully when cooked in skillet.  Wrapping a cod filet twice around with a bacon strip adheres with ease.  There’s no need for pinning bacon to a fresh piece of fish, bacon and fish naturally bond together like glaze on a doughnut, and taste just as divine.

The skillet does all the work – crisps, renders fat and applies the perfect balance of heat.  While sliced zucchini and tomatoes create a quick spring sauce that comes together with splash of white wine and a pat of butter in the end.  This dish should be served family-style because it’s darn impressive placed directly on the table.  You might want to serve some steamed rice, quinoa or noodles alongside, to sop up the lusciousness of it all. 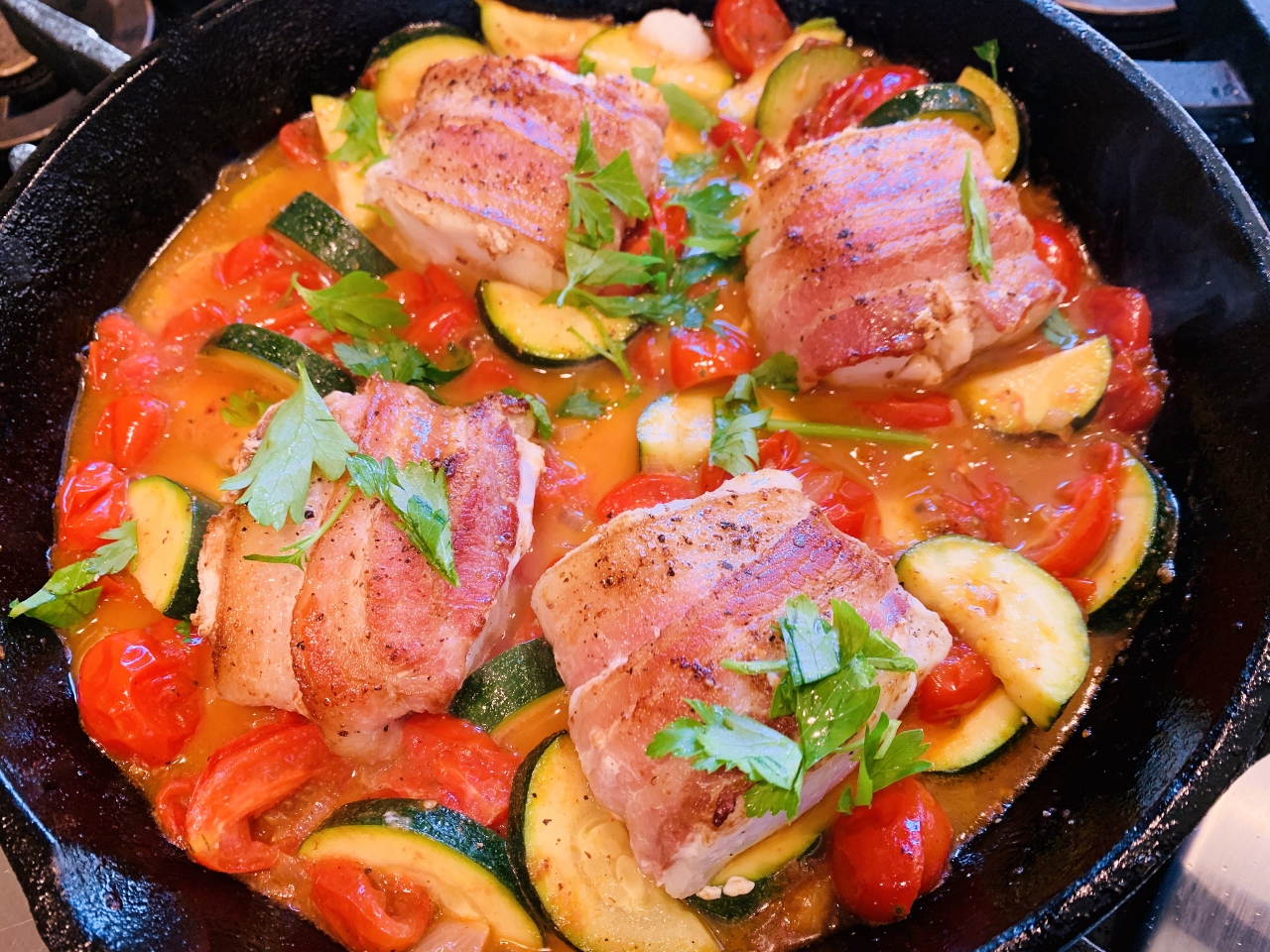 4 slices bacon, thick-cut if you can get it

1/2 pint cherry tomatoes, sliced in half 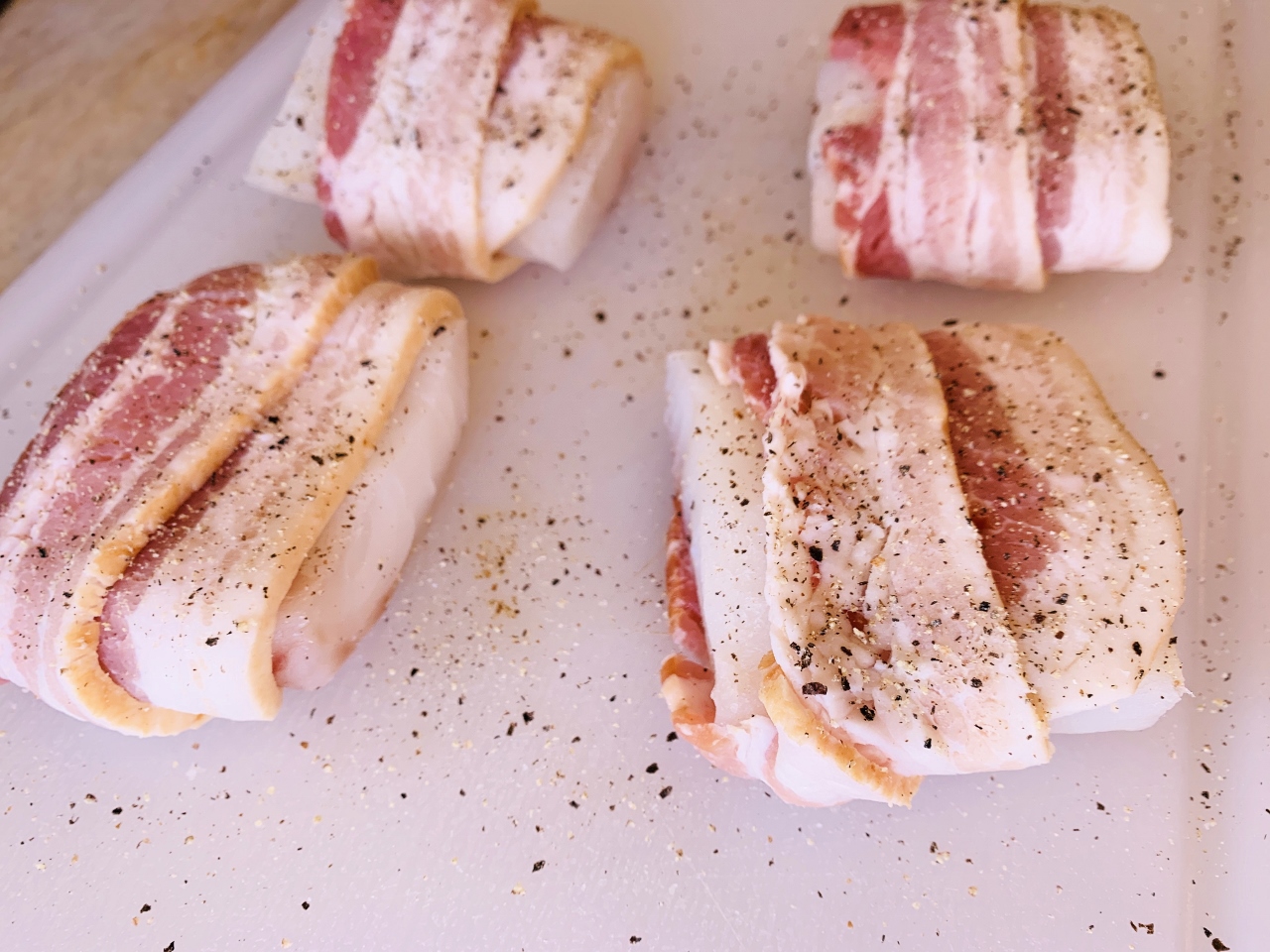 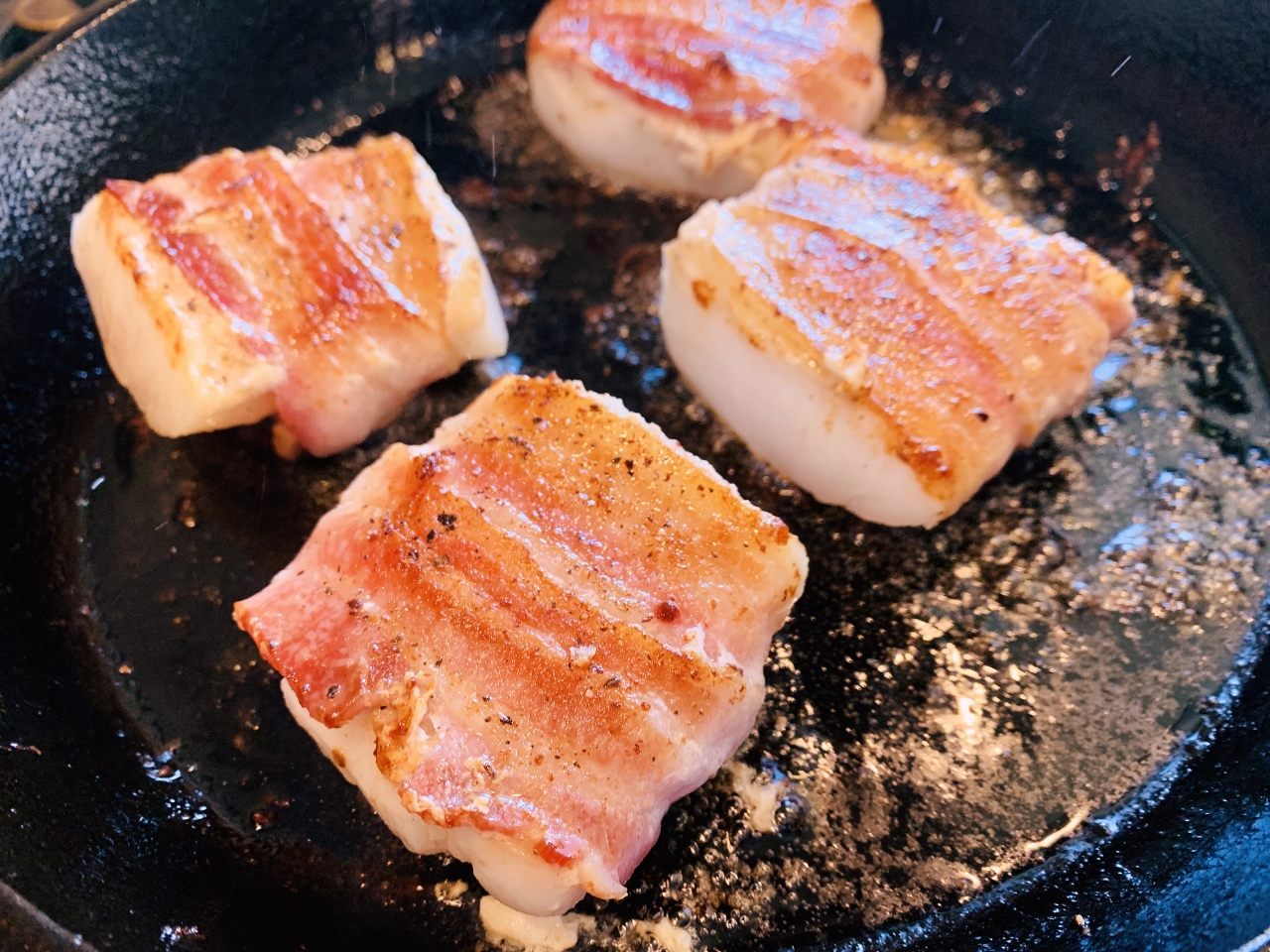 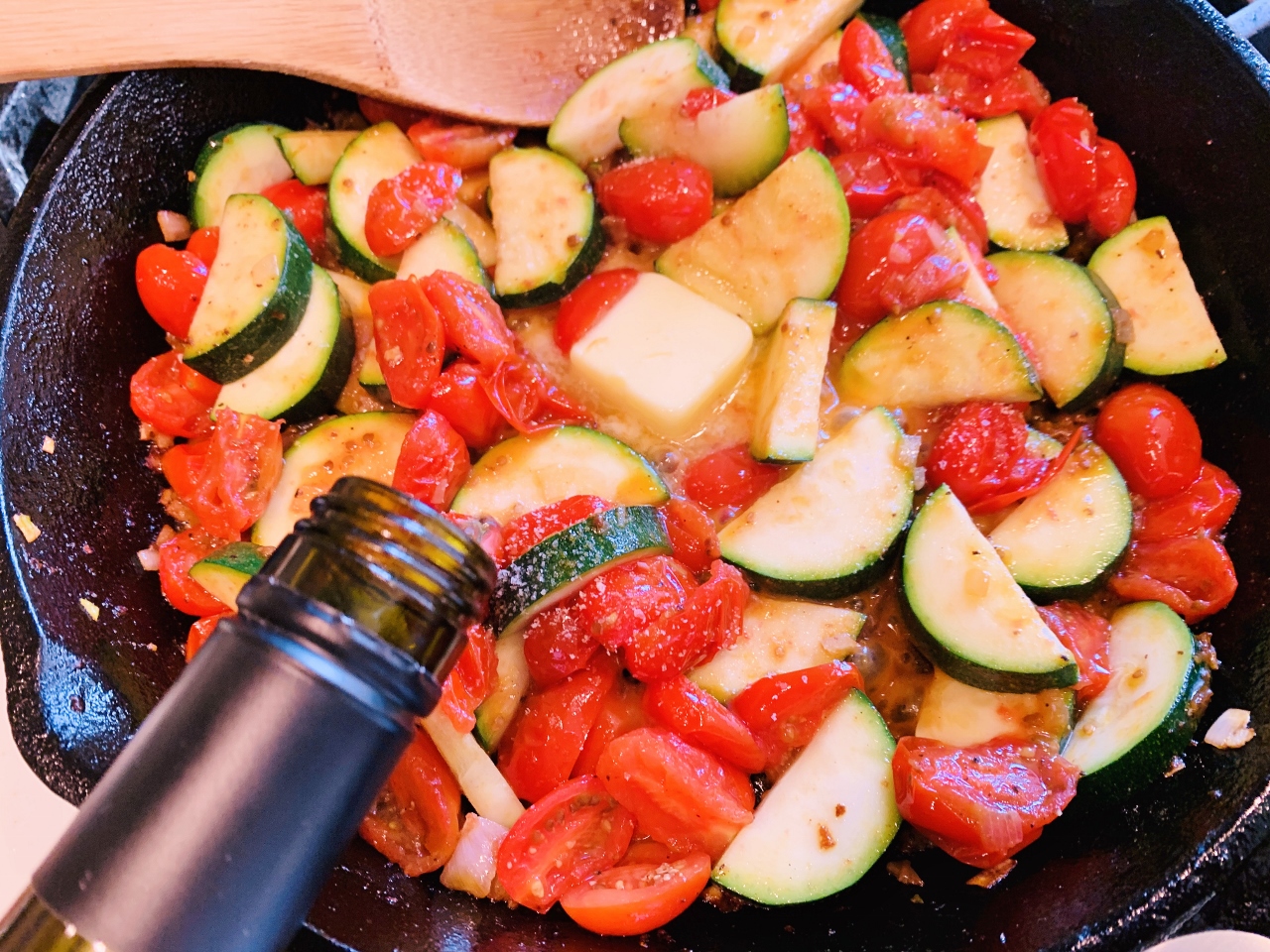 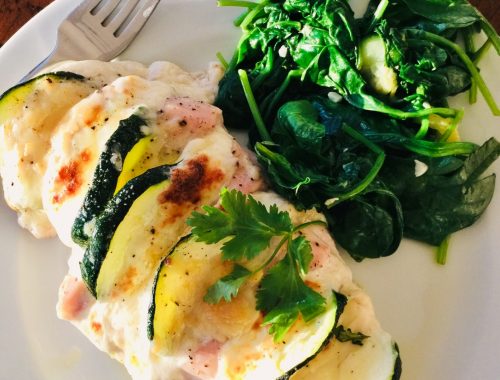 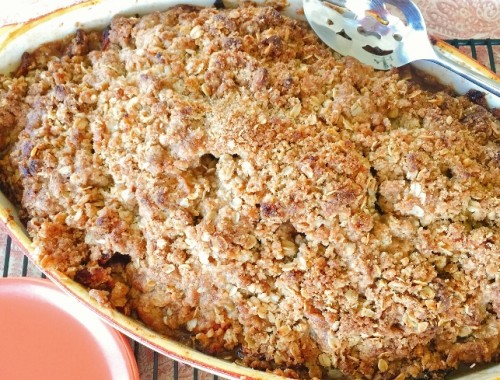 Apple Crisp for a Crowd – Recipe! 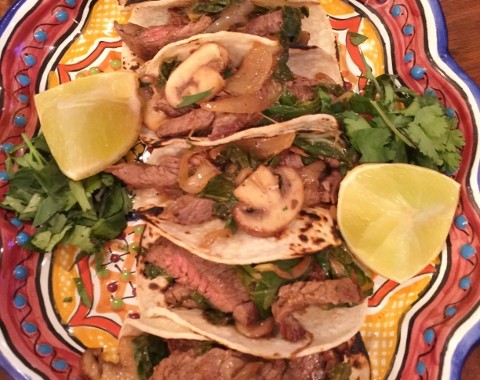