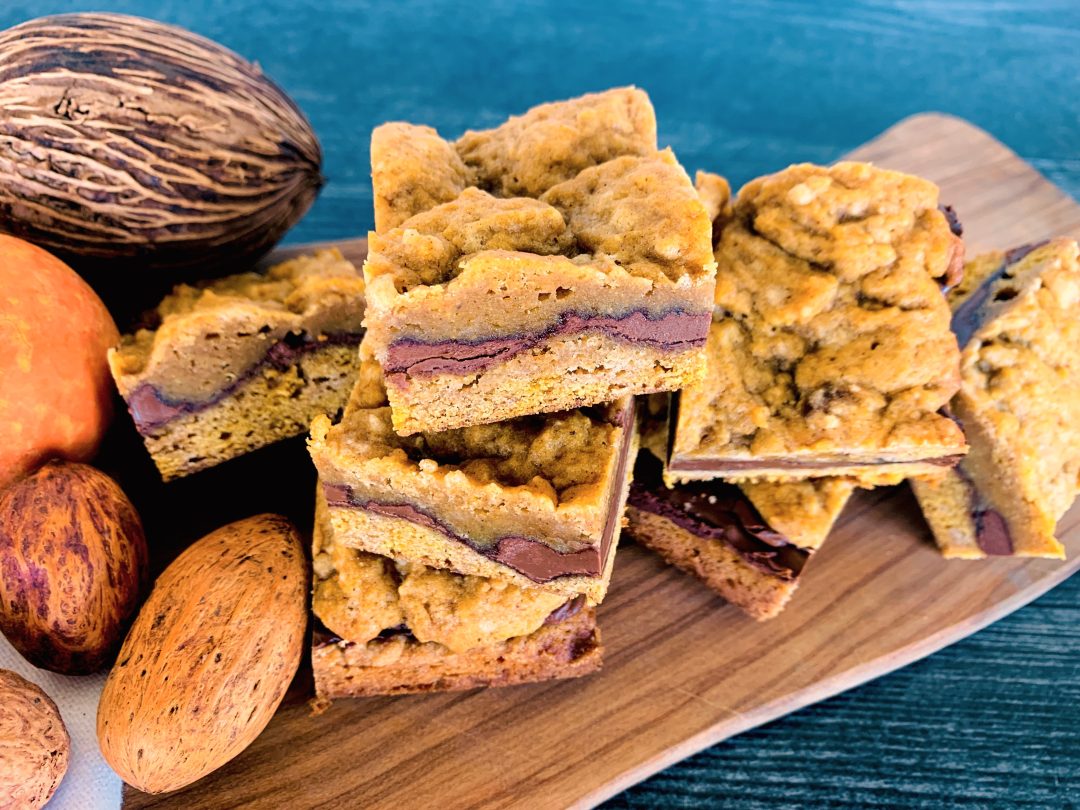 As soon as October begins, it’s always loaded with pumpkin recipes, including some savory dishes, but mostly sweet treats.  I happen to be a pumpkin person, if there’s such a thing, and I can eat it roasted on a sheet pan or pureed with spices with a touch of maple syrup in a pie.  Pumpkin lattes, hmm — not my thing, but I don’t discourage pumpkin in any form.  These pumpkin nutella bars are a simple dessert made with just a tad of canned pumpkin and some warming spices that make both the base and the topping.  The middle layer in these bars is filled with Nutella – hazelnut chocolate spread – that’s the perfect compliment to pumpkin and makes each bite rich with chocolaty goodness.

The dough is representative of a classic cookie recipe, buttery soft, and I folded the pumpkin puree in by hand at the end to prevent over mixing.  Half the dough is pressed into the bottom of the pan, and then par-baked, while the other half of dough is dotted on top of the Nutella spread.  The results are a soft and chewy cookie bar with both pumpkin and chocolate notes.  A terrific treat for the upcoming months. 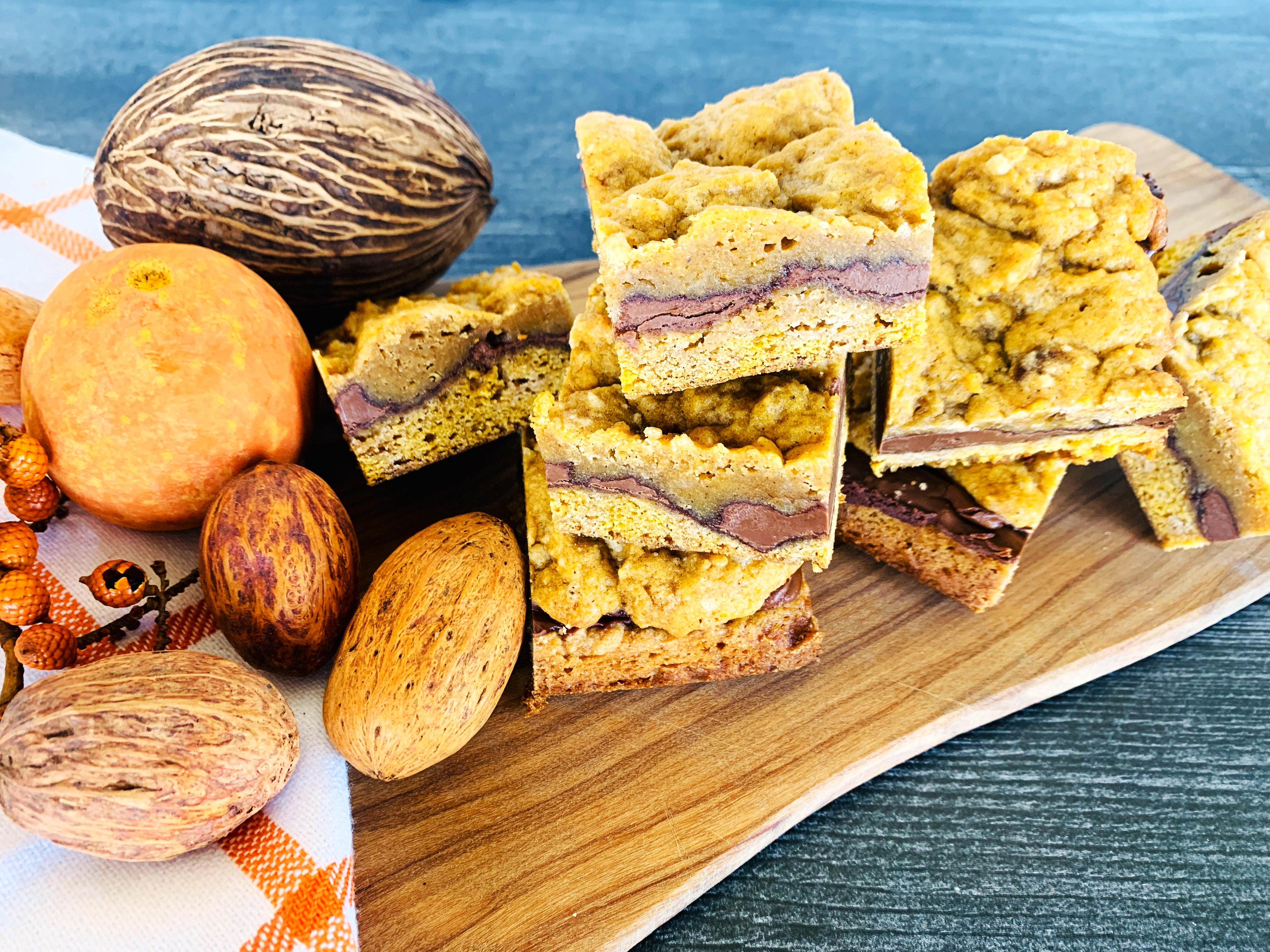 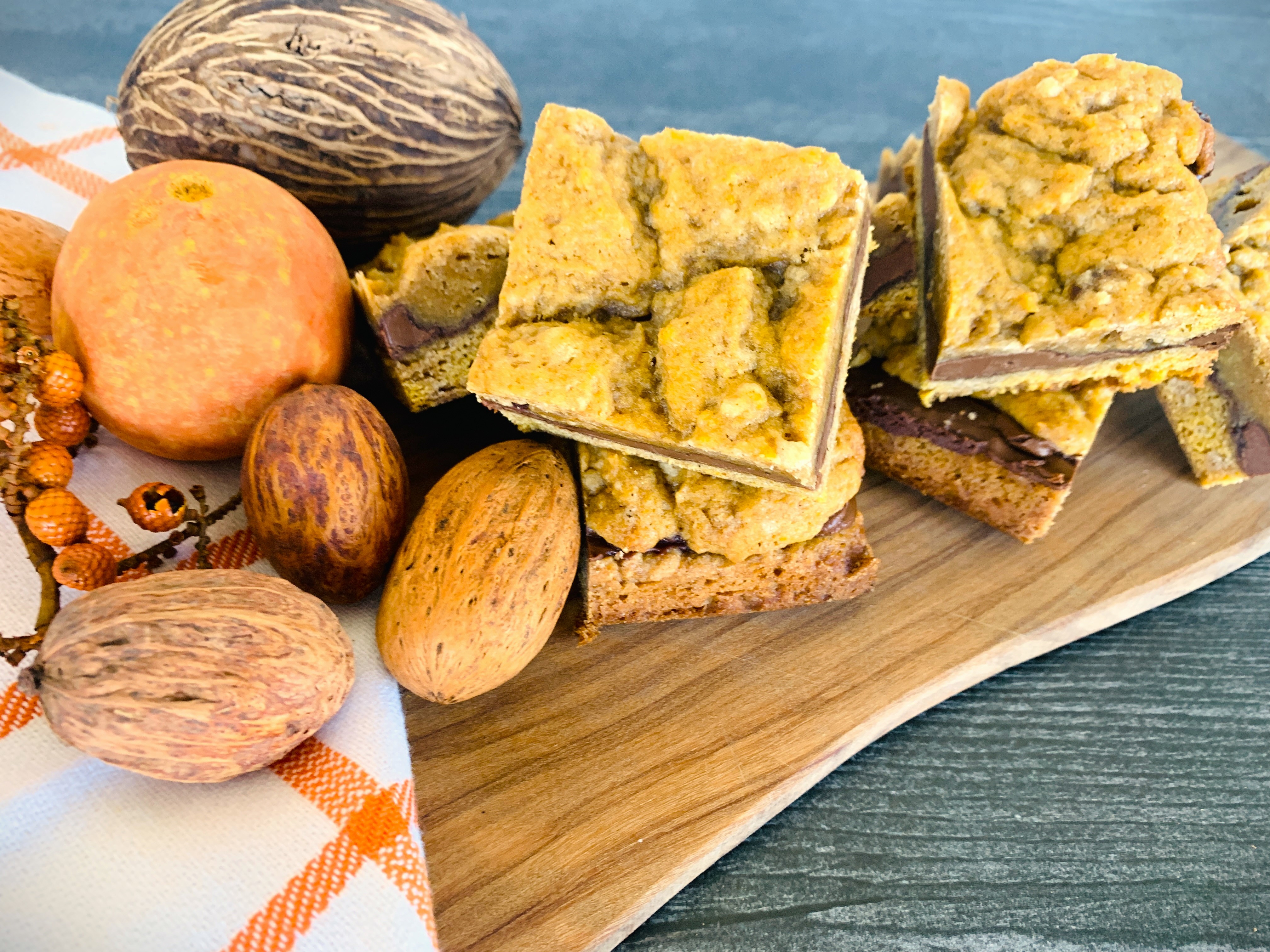 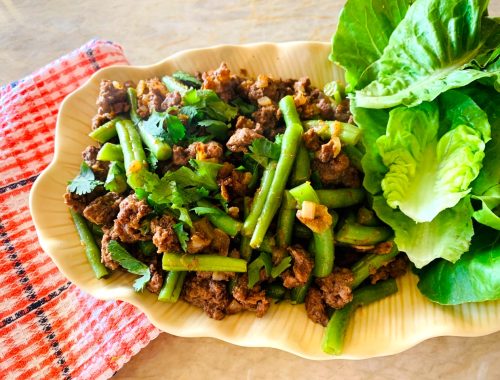 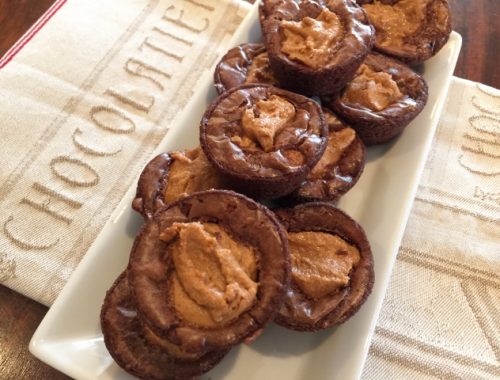 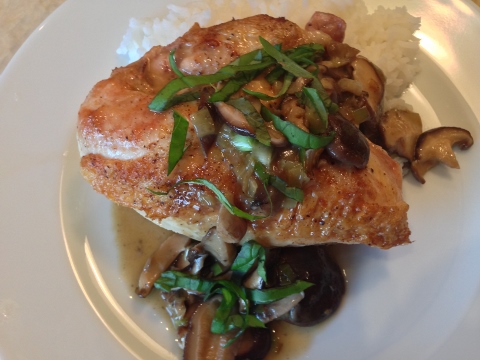