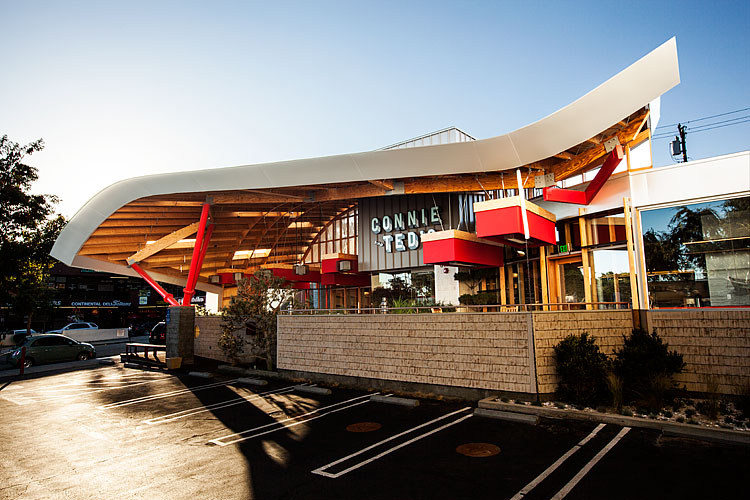 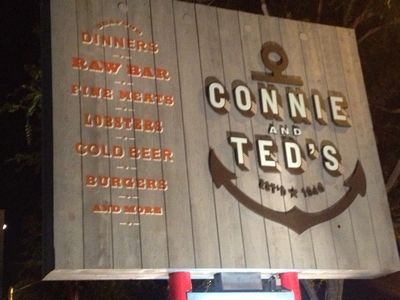 Chef Michael Cimarusti’s (Providence) Connie & Ted’s, just opened a few weeks back with cuisine that personifies a modern take of an East Coast  Fish House.   The menu has classics such as Lobster Rolls, Clam Chowder and Fried Clams.  The interior is casual with an open kitchen and wooden tables as well as an open air patio on the front overlooking the parking lot and Santa Monica Blvd. 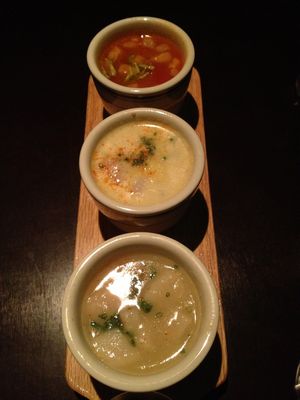 The place is packed with eager diners such as myself waiting to try Chef Cimarusti’s new work of art.  For starters, the sampling of clams chowders was a delight.  Three chowders – Manhattan, New England and Rhode Island presented on a board with a side of croutons were a real treat.  I especially enjoyed the brothy Rhode Island chowder with thick cut potatoes in a fish stock. 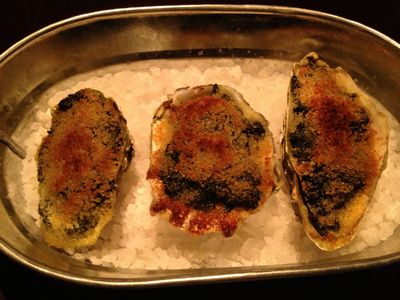 Fresh seafood was offered by the platter but, the cooked oyster selection was even more impressive with Deviled Oysters, Oysters on Horseback and Oysters Rockefeller.  Since I am a huge fan of Oysters Rockefeller that was the direction I took.  This particular set of oysters were presented with cooked greens and a touch of pernod – no cream – just a light sauce. 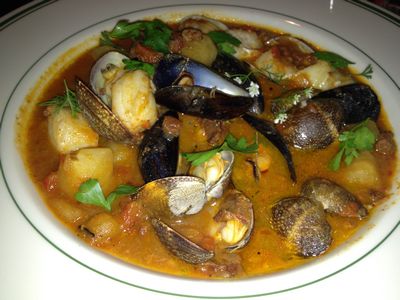 For entrees, they have several fresh fish varieties with a choice of sides including fries, coleslaw, potato salad, wilted spinach and onion rings.  Other Chef Specialities included Lobsters by the Pound, Steamers, Bone in Rib Eye Steak and New England Boiled Dinner.   The Portugese Stew had my interest and I must say the sauce with fresh Linquica, big chunks of Hake, fresh Mussels and Clams was absolutely amazing.  The spice in the sauce was done perfectly making Cioppino seem trivial. 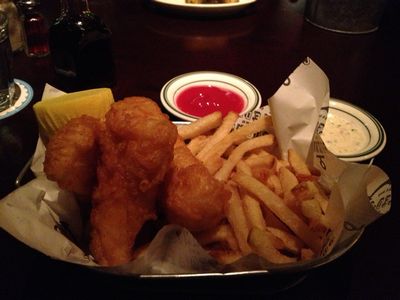 And if you are a Fish & Chips lover, here is your place.  Fresh Cod with the right amount of crunch!  The fish tasted moist and flavorful with fries that were thickly cut and not too greasy.  The tarter sauce was nice as well but, the malted vinegar is really the way to go. 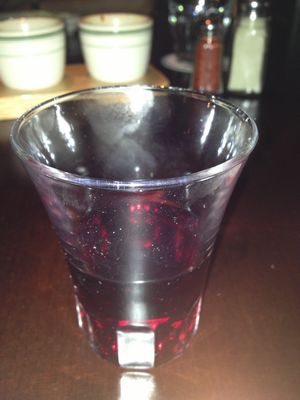 Connie & Ted’s is a great new fish shack with modern flair.  Definitely a great addition to West Hollywood.  My only complaint is the size of the wine glasses, way too small and irrelevant. 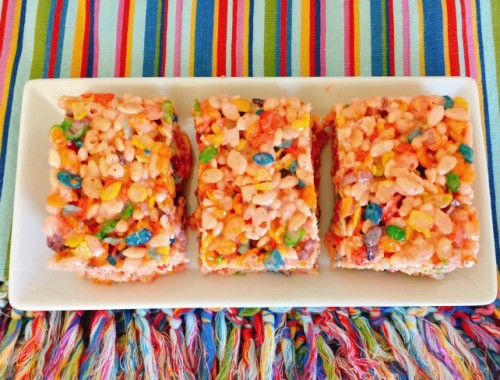 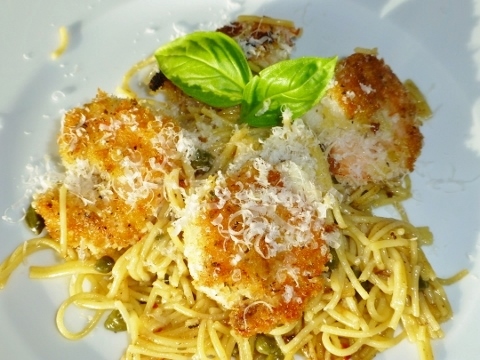 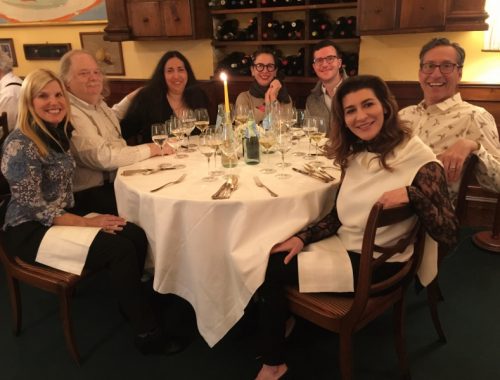