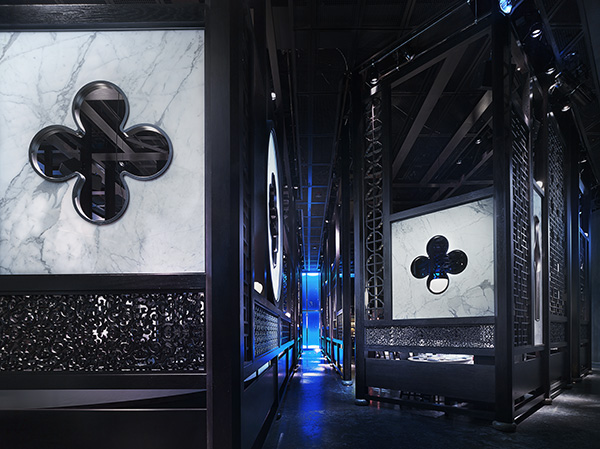 Last weekend was my sister’s 50th birthday so we met in Las Vegas for some old fashioned sister fun.  We checked in to the Aria Hotel and were greeted by some very nice people.  They sent freshly dipped chocolate covered strawberries to our room to celebrate her big day.  After a quick change, we were off to dine at American Fish by Michael Mina in the Aria. 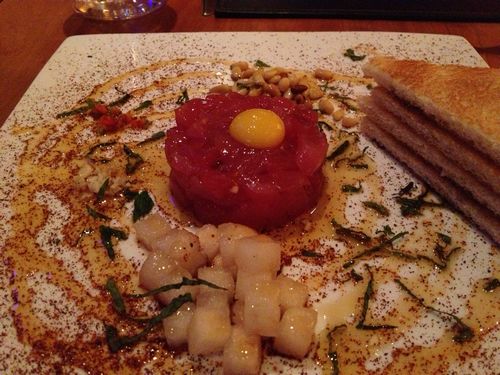 We entered into a large room with viewing kitchen in the back.  The decor was chic with wooden tables and boothes along the walls.  Our waiters were both quite charming and they knew we were celebrating her big 50th due to the cake I had ordered from Jean Phillippe in the Aria. 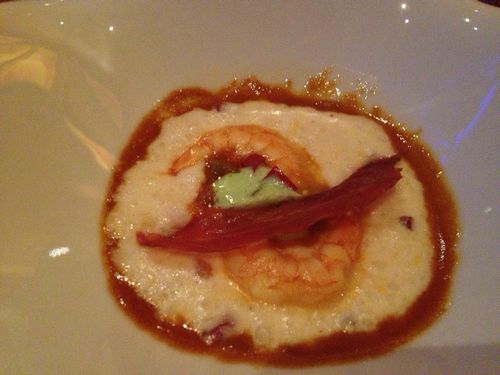 I had read the menu had been redone since the opening and I was excited to see what we were in store for.  We decided to start with the Tuna Tartar with Quail Egg.  This dish was very adventuresome for my sister because she is not such a fan of raw fish but, she enjoyed it all the same.  It came with a side of poached pears that were mixed in the tartar for sweetness.  My only complaint would be it needed some salt, so I ordered a little to sprinkle overtop. 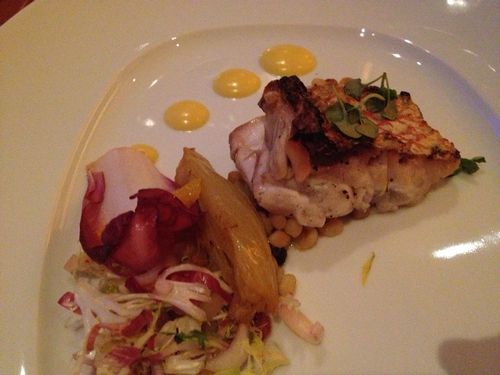 Next, we shared an order of shrimp and grits which were creamy and delicious.  The crispy prosciutto slice on top was a nice touch.  For our entree, we enojoyed the Salt Crusted Red Snapper.  The fish came out already excavated from the salty capsule and split for the two of us.  The fish was juicy and delicious but, I really didn’t enjoy any of the accompaniments on the side – roasted fennel – tasted dry and flavorless and a few other small dry vegetables.  I did however, enjoy the side of Garlic Broccolini we ordered, chopped finely with tons of garlic.  Great! 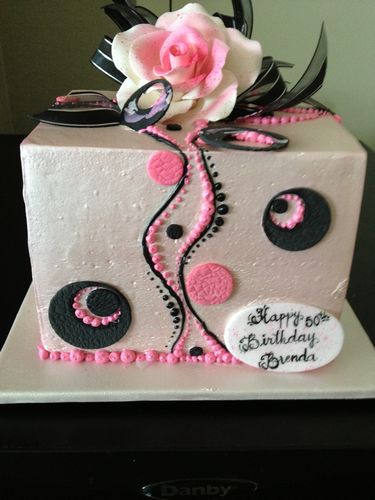 As for dessert I ordered her favorite cake, white with lemon curd and white buttercream (my favorite too)!  The cake was fantastic and so beautifully decorated from the Jean Phillipe team.  We took it with us after just a slice and the Aria brought us a refrigerator for our room to store it in for the weekend – breakfast of champions!

The next day her real Birthday, we headed out after a little cake to ride the roller coaster at New York New York Hotel and to shop a little.  Back by noon, and off to the pool for a skinny margarita and a Bud Light Lime.  For an early dinner before the “Boys to Men” concert we headed to Nobu which just opened three months ago in the Nobu Hotel in Caesars Palace.  We enjoyed the crab tacos to start – crunchy wonton shell with sweet crab and some microgreens. 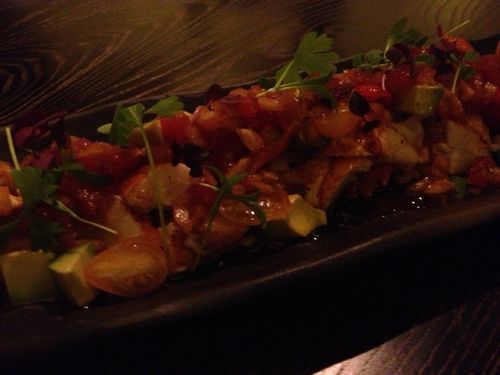 Next, we ordered the special Lobster appetizer which was huge lobster chunks with freshly diced tomatoes, sweet chilis and herbs.  Our waiter made a mistake and ordered a full order from the kitchen, so he brought it out anyway and only charged us for a half order.  Awesome!  We devoured it, every bite.

For our entree, the Sea Trout with Crispy Spinach was calling our name.  We both loved this dish – crispy skin on the fish with slightly crunchy spinach.  What more can you ask for!  Perfection.  Nobu definitely knows how to train his kitchens and hire the right people.  For dessert, they gave my sister a Happy Birthday slice of chocolate crunchy decadence.

Off to the concert and 80’s night at the Gold Lounge in the Aria – Great Fun, Hah! 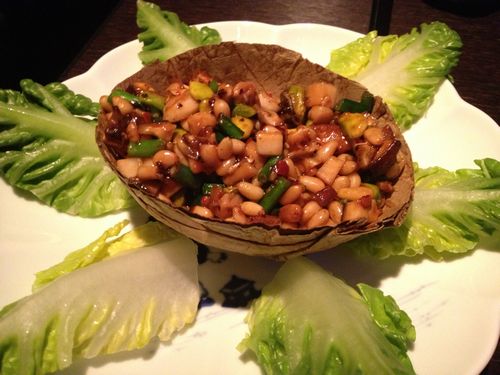 Our final day we spent at the pool and shopping again.  We stopped for some salad and tacos at the Venetian Shops and dined at Canonita, an old Mexican inspired restaurant.  We were very surprised at how good it was and the fact that they were making fresh tortillas in the restaurant. 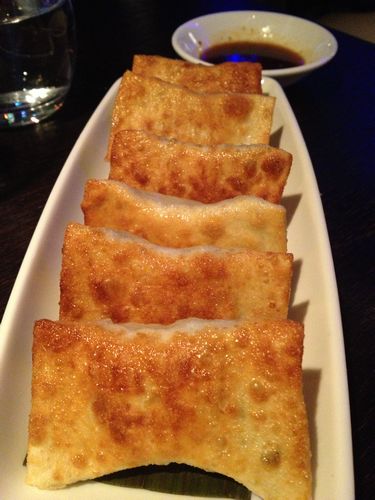 That evening we were off to Hakkasan which had just opened in the MGM that week.  Hakkasan serves high-end Chinese cuisine with a few locations in the states and one internationally.  For starters, the mushroom and pinenuts/pistachio lettuce wraps were fantastic and flavorful.  The sauce was light and savory and didn’t overpower the veggie/nut combination. 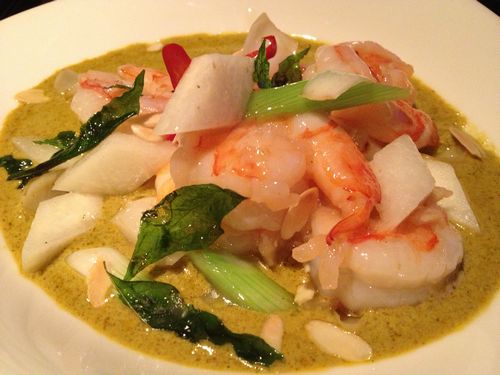 Next, Shanghai Dumplings with chicken and vegetables were crunchy and quite large in size.  One order had six large dumplings which were more than we needed at that point but, somehow we seemed to the find space.  For our entrees, we enjoyed the Spicy Prawns in a rich curry sauce.  The sauce was pretty hot but fabulous and left you wanting for more.  And the Duck Glazed with Kumquats and Mustard was perfectly rendered to release all the fat under the skin but still rich and moist.  Great cooking on this bird dish, not an easy task. 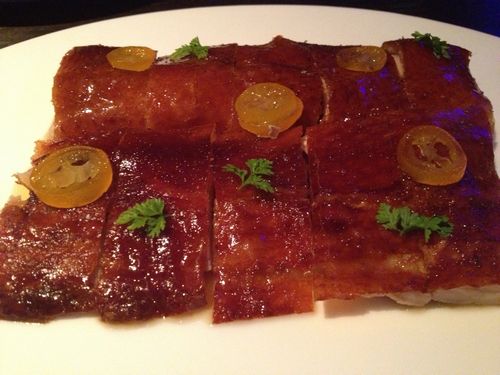 For dessert Hakkasan surprised my sister with 5 French Macarons for her birthday.  We ate them all, of course and then proceeded to the new club located just next to the restaurant.  Now that was an eye opening experience!

We had a great weekend in Vegas — dining, shopping and celebrating!  A special thanks to Lisa Doubenmier at the concierge desk at the Aria, she was great!  Happy Big 50th Brenda! xoxo. 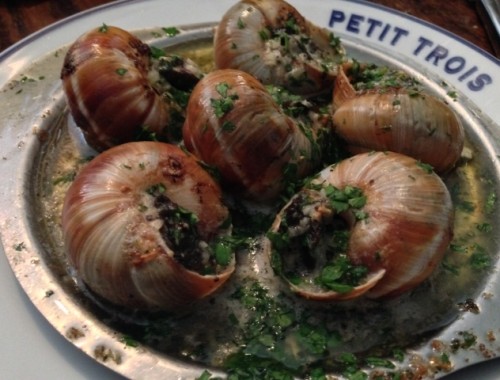 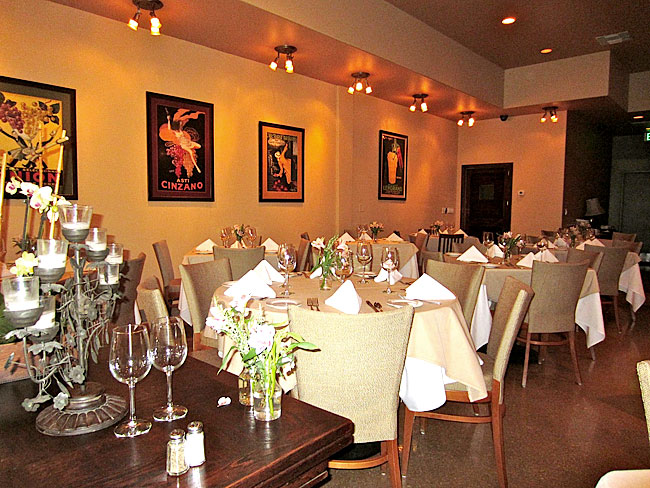 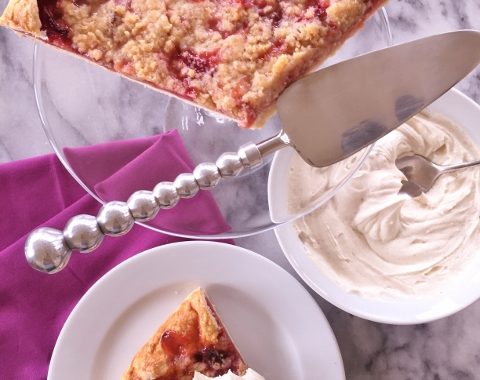