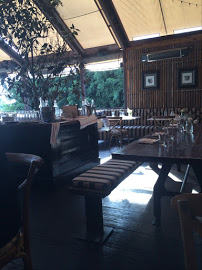 Eveleigh in West Hollywood has just opened and they are serving up casual comfort foods in a woodsy open aired setting.  The restaurant was created to resemble  the chef’s hometown farmer’s market just outside Sydney Australia.  The menu is farm fresh fare created from local markets.  To start our adventure we noshed on a mix of Mache greens with proscuitto, ricotta salata and crisp pears.  The salad was fresh and delicious as well as nicely dressed in a light viniagrette.  As for our entrees — the seared White Shrimp over puree of Cauliflower was delicate and light however, serving four shrimp as an entree was a little skimpy.  The Rib Eye Cap was seared to perfection and offered juicy flavor however, the smattering of pickled beets and chanterelles left you wanting more.   As for desserts, the manager swore by the Pear Crisp and said “It was just like mom makes”.  I’ll agree — it had crispy tender pears but a little heavy on clove or allspice for me.

Overall, Eveleigh has just started serving up fresh comfort food to LA customers and I am sure there are still a few kinks to work out….that being said, I would recommend giving it a try! 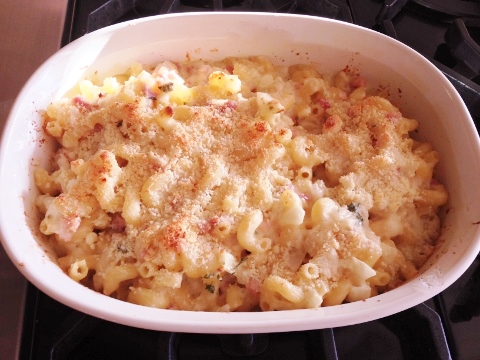 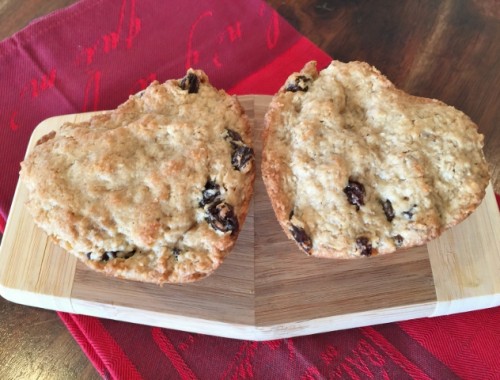 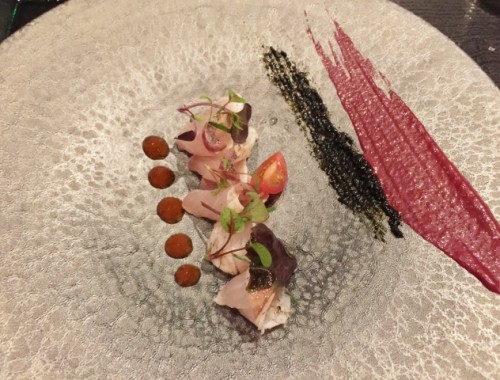