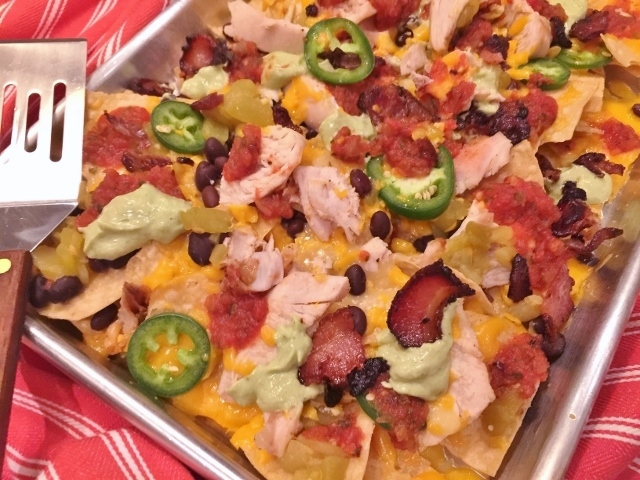 A Week At A Time - Meal Ideas, Food

This week is my grandson’s birthday and I can’t believe he’s turning fourteen.  Now, for some of you that don’t know me, I could be the age of his actual mom because I had my son early in life, and he had a son early in life.  That being said, I’m completely overjoyed at the thought of celebrating him this week.  Today, we’re headed to the beach for his birthday bash with a couple of his buddies to soak up some sun and play volleyball.  That’s my grandson’s newest passion and I couldn’t be happier.  However, have you played volleyball lately?  It can be rough people, especially on the hands and wrists.  Bear in mind, he takes it easier on us than he would if he were playing at school or at camp, but I’m so glad he still includes us to hang with him and his friends.

This week I thought I would make my meal ideas all about Gav because he is the love of my life, along with a few others.  So, let’s talk pasta because the boy loves his pasta.  Monday we’re making a recipe that I taught him to make during quarantine, and it’s one of his favorites because it’s meaty and saucy, and super simple to throw together in a moment’s notice.  Tuesday is taquito night because if he’s not ordering them from the taco truck down the street, he wants grandma to make them.  Wednesday it’s curry night with chicken thighs thrown into the mix, rather than shredded chicken, because the boy loves his bones.  Thursday we’re making burgers with green chilies and cheese, and who’s not a fan?  Friday is nacho night loaded with chicken and bacon, two things he enjoys piled high on tortilla chips and doused with cheese, and Saturday we’re going with chocolate chip waffles because he truly loves his chocolate.

Have a wonderful week, stay cool, and keep cooking!

Monday – This quick and easy beefy pasta dish is super simple and made with ingredients you probably have in your pantry.  You’ll be pleasantly surprised how it tastes like it simmered away all day. 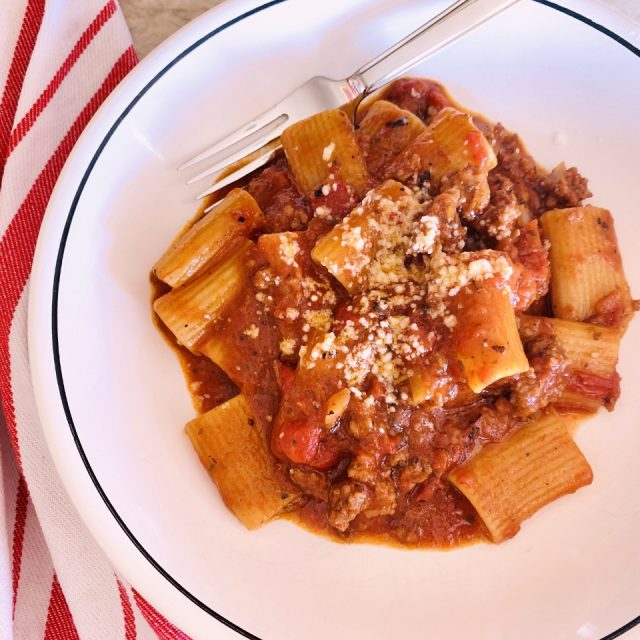 Tuesday –  Taquito night doesn’t need to be fancy, but stuffed with delightful ingredients that are easy to assemble.  They’re fun to serve as an entrée, or sliced in half and served as an appetizer with other Mexican favorites. 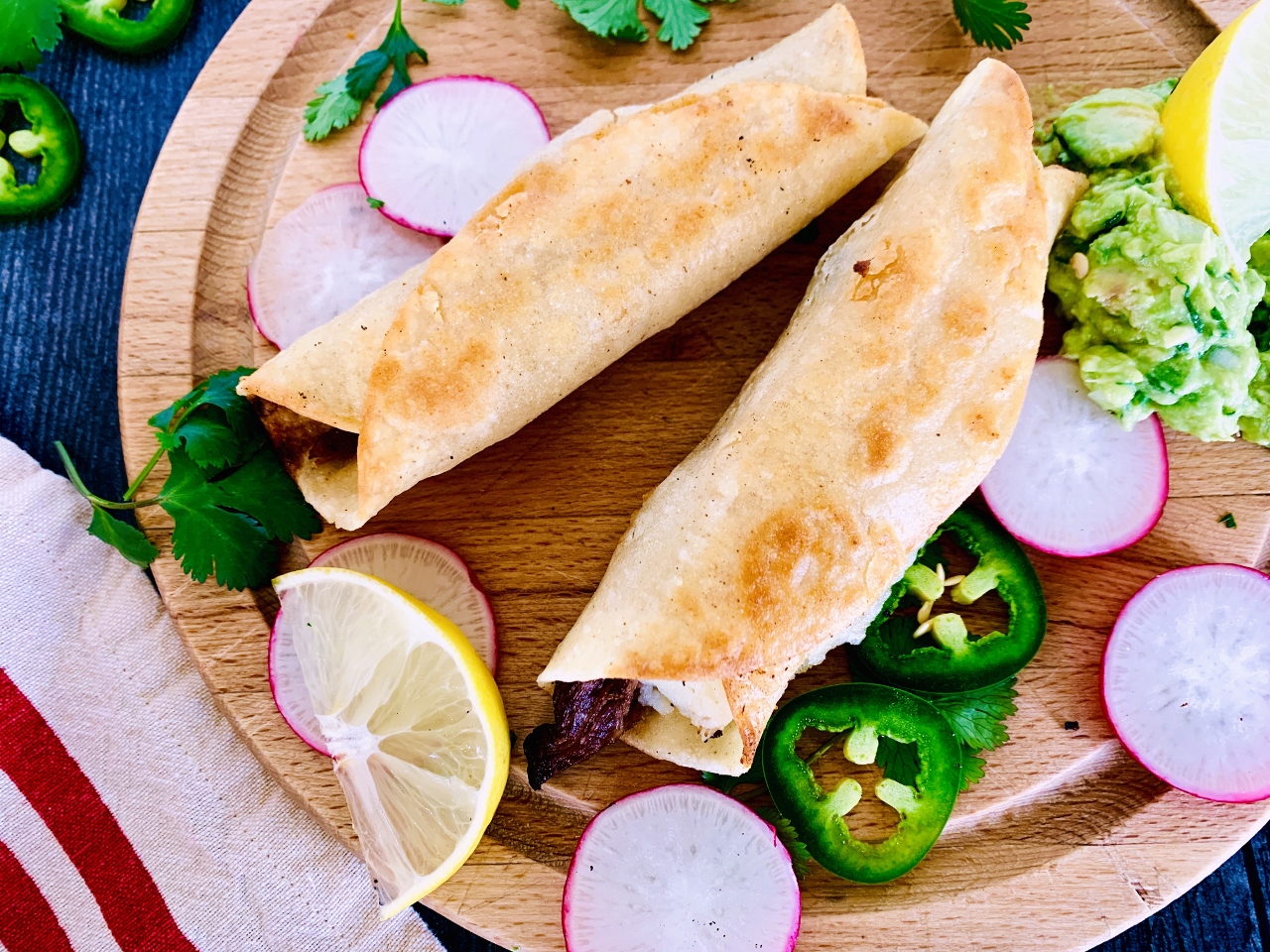 Wednesday – He loves his curry, and this recipe includes chicken thighs, chickpeas, and tomatoes.  All simple ingredients that taste so lovely together. 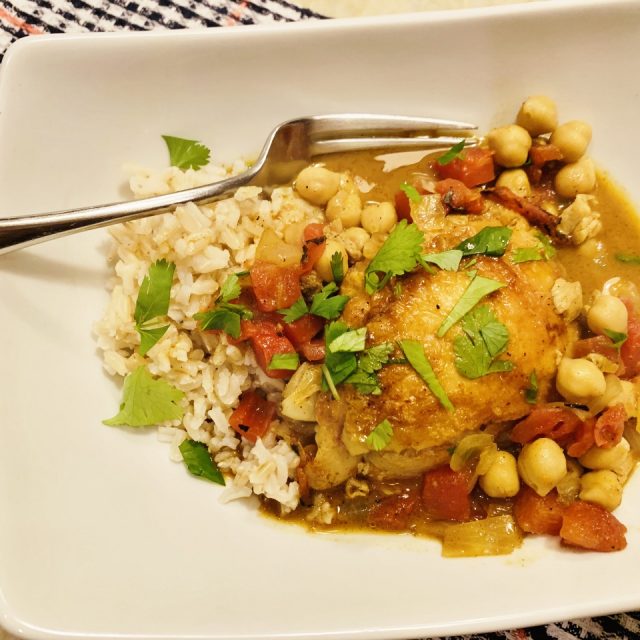 Thursday – Grilled burgers with a kick from some green chilies and cheese make this meal super tasty and easy to prepare. 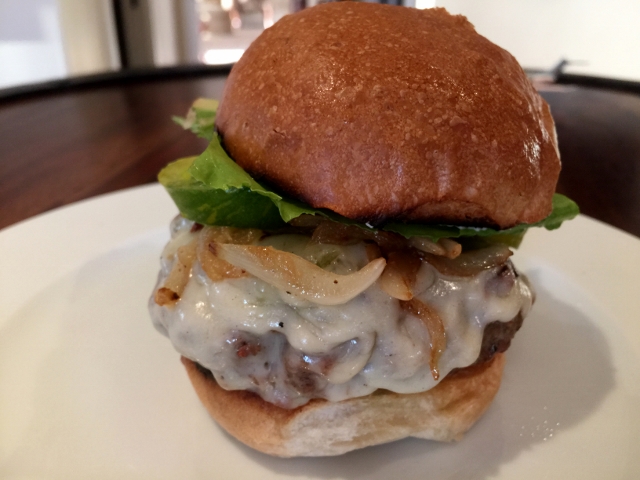 Friday – It’s nacho night and these chicken and bacon nachos are one of the tastiest things to whip together at the end of a busy week.  You can use a rotisserie chicken to cut down on time, or quickly poached, or roast your own to use in this recipe.  It’s also a great place to use up those leftovers from another evening. 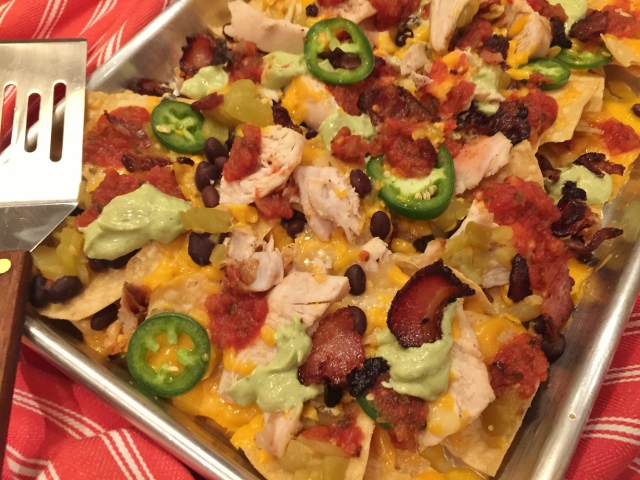 Saturday – He loves chocolate, even for breakfast, and these chocolate chip waffles are not too heavy on the sugar, yet satisfy those cravings.  If you top them with strawberries, well…. it makes them a little healthier and totally delicious. 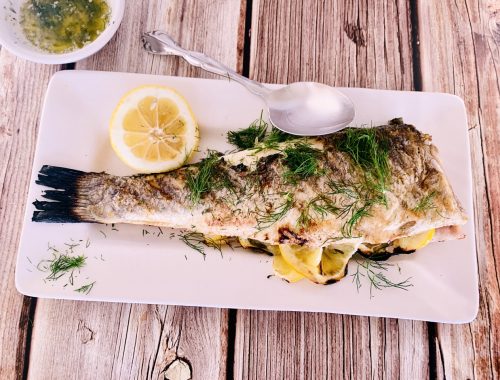 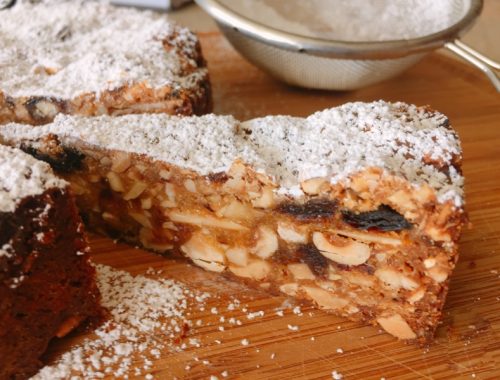 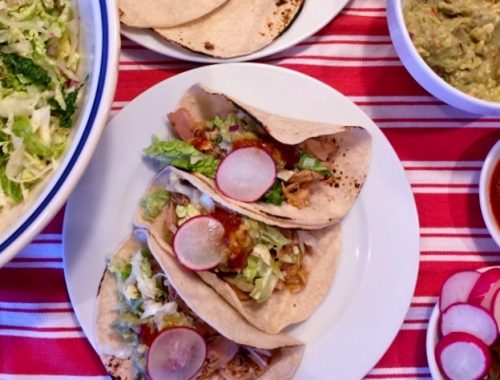